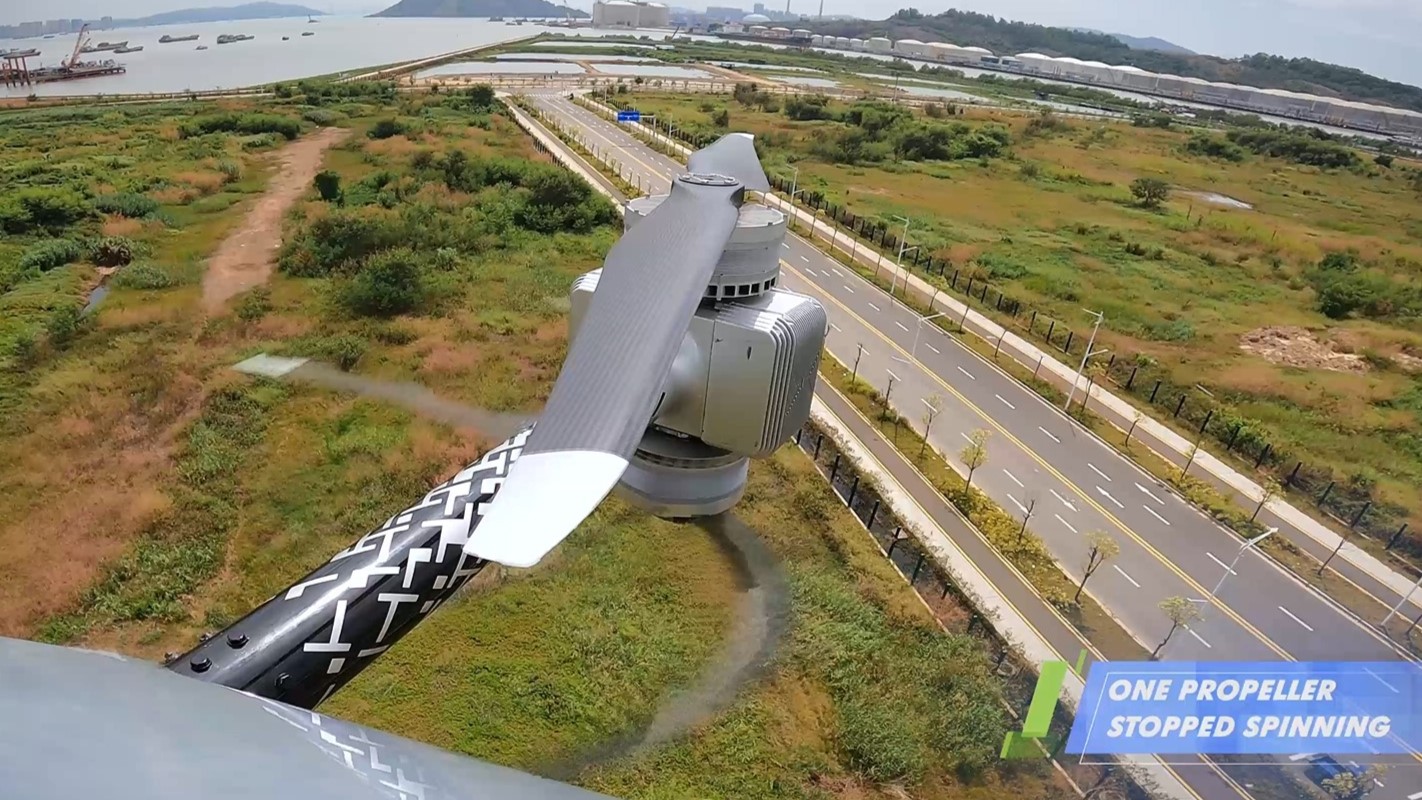 Optimized from last year’s horizontal dual-rotor structure to a new distributed multi-rotor configuration, the overall system design complexity has also been reduced to further enhance flight safety and reliability. The test vehicle of the new flying car has successfully completed its maiden flight as well as multiple single-motor failure tests.

In driving mode, it is comparable with any conventional cars in terms of functionality and measurement. In flight mode, the flying car is piloted using the steering wheel and the right-hand gear lever as controls to move forward and backward, make turns, ascend, hover and descend. Subject to laws and regulations for the low-altitude airspace, it can take off and land vertically, and fly over traffic congestion, obstacles and rivers to meet a new host of short-distance mobility needs.

XPENG AEROHT, an affiliate of XPENG, is the largest flying car company in Asia. Integrating intelligent vehicles and modern aviation, we are dedicated to producing the safest intelligent electric flying car for individual users. In the future, we will provide products and solutions in the field of 3D transportation.

Established in 2013, the company has accumulated 15,000 safe manned flights. It has won multiple industrial design awards including the Red Dot Award, IF Award, and IDEA Design Award.

XPENG AEROHT raised over US$500 million for its Series A capital funding on October 19, 2021. The funding round is led by IDG Capital, 5Y Capital and XPeng Inc. with participation by a consortium of renowned investors, including Sequoia China, Eastern Bell Capital, GGV Capital, GL Ventures and Yunfeng Capital.

XPENG AEROHT has more than 700 employees who are working hard to develop next-generation products. Among them, more than 85% are R&D and technical personnel, and more than 50% of them are masters and doctors. They are mainly from the automobile, aviation, and Internet industry. By the end of this year, the team members will reach more than 1000.